Szerelmey are delighted to have installed the Englefield Green War Memorial, at St Jude’s Churchyard, Englefield Green, which was unveiled in a very moving service on July 15th, 2016. The memorial, designed by Surrey architect Chris Palomba, carries the names of 91 servicemen buried in war graves in the cemetery, together with the names of 114 village residents who gave their lives in both World Wars, and one resident who was killed in Afghanistan.

The unveiling was led by John Scott MBE, who drove the entire project and invested his time, heart and soul in it. Mr Michael More-Molyneux, Her Majesty’s Lord Lieutenant of Surrey unveiled the memorial, assisted by Cllr Alan Alderson, Mayor of Runnymede and five members of the Englefield Green Memorial Committee, with wreaths also laid by Captain Warren Bairstow RAN on behalf of Australia, Lt Col Rushen on behalf of Canada, families and regiments.

The service was immensely poignant and miraculously, the sun shone for the first time in two weeks for the duration of the ceremonies. 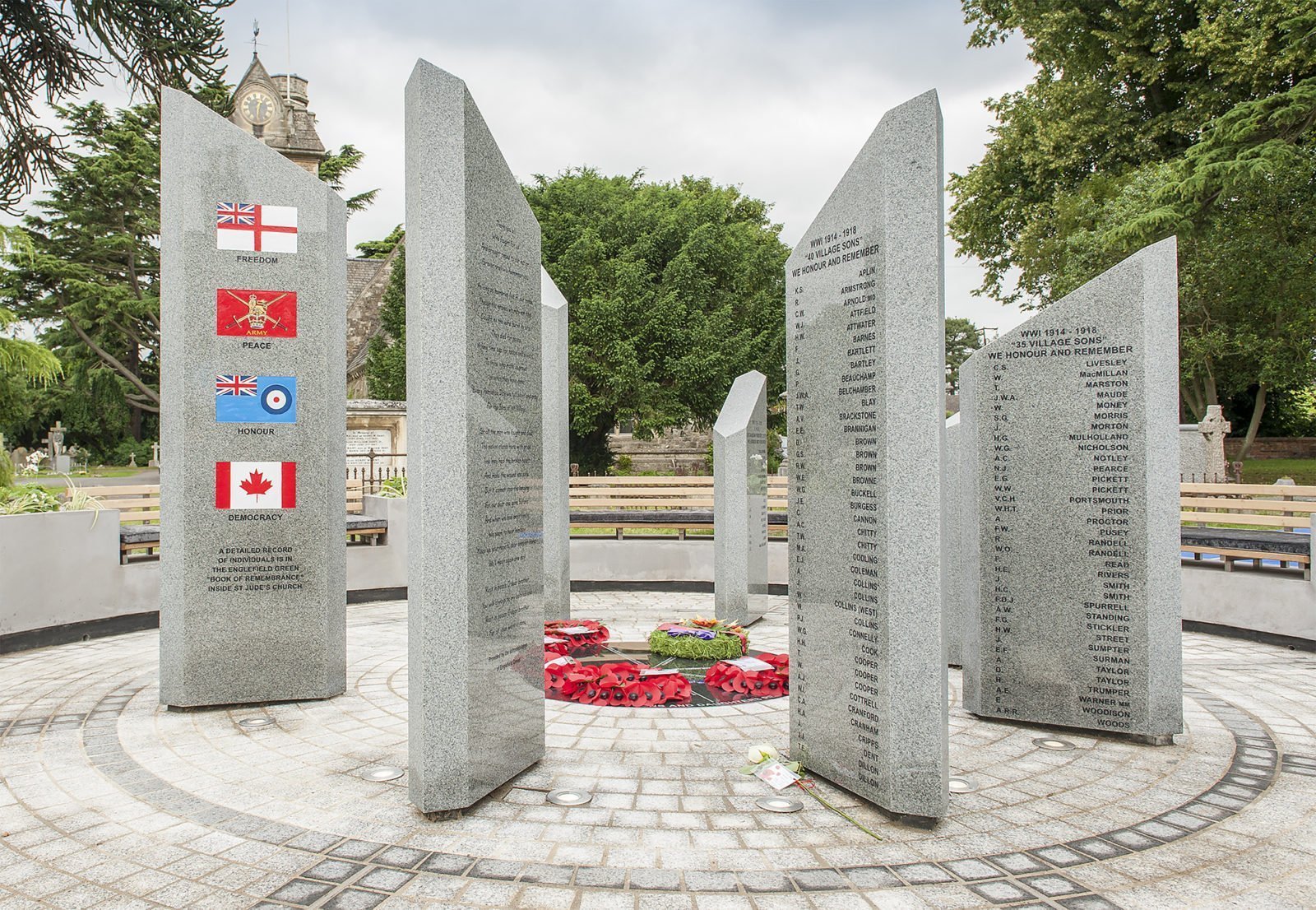