Szerelmey have recently completed an interesting project right in the heart of the West End involving a historic terracotta retained façade set in the middle of a striking new build development. The Great Portland Estates project has seen a significant transformation of the east end of Oxford Street and into Dean Street incorporating new flagship retail units and commercial office space above. Szerelmey have delivered the historic aspect of the project, a beautifully restored and retained terracotta façade on Dean Street, opposite the Tottenham Court Road underground station. Our work involved thoroughly cleaning the terracotta façade from first to fourth levels (sitting above the shop fronts) before carrying out an extensive survey. All the terracotta was carefully removed, logged and stored while structural works were taking place, and the terracotta repaired and restored. The fourth floor façade, which was stepped back from the floors below, was completely removed and a new façade brought forward to align with the lower ones; Szerelmey installed the brick piers to support the new façade. Once structural works were completed, the restored terracotta was re-installed to the first to third floor levels and some areas of new terracotta, matched to existing, installed to accommodate the “stretched” façade. All the existing brickwork was repaired, restored and repointed where required. 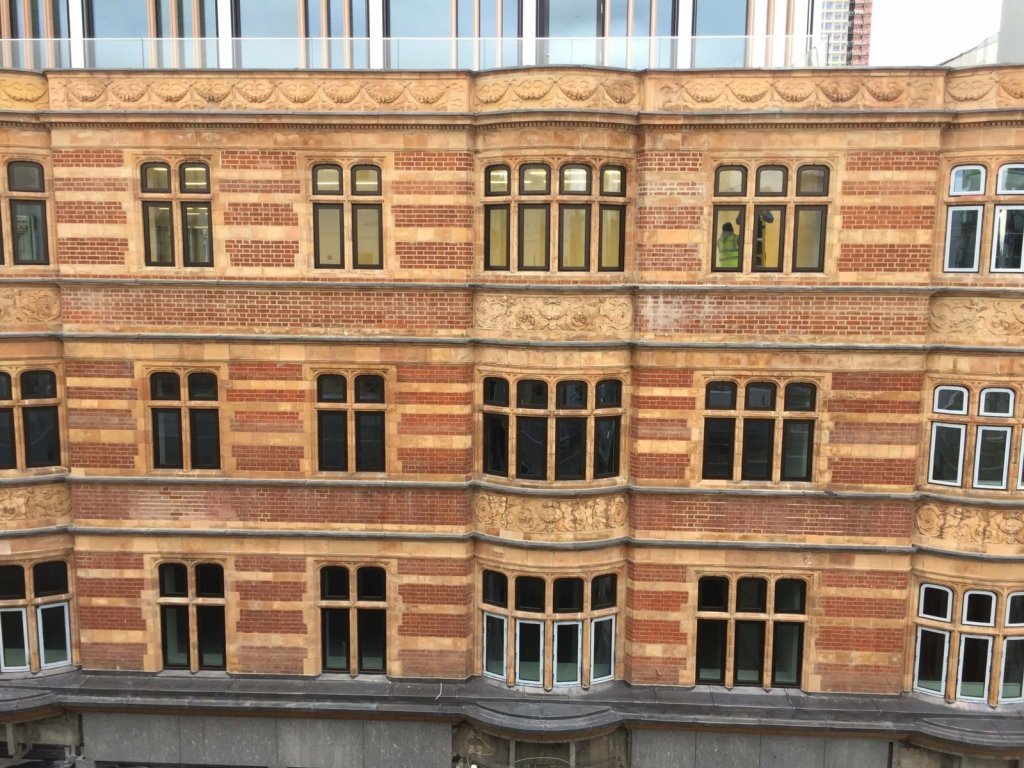