The historic London Stone was returned to its traditional location at 111 Cannon Street last week and unveiled by the Right Honourable the Lord Mayor. The building owners Messrs Adrian and Nicholas Fu, who flew in for the ceremony from Hong Kong were joined by the Masters of several Livery Companies, the members of the Masons’ Company and others to witness the historic event. Following a short speech, the Master Mason invited the Lord Mayor to join him in unveiling the Stone together. The London Stone is an irregular block of oolitic limestone that is part of a much larger object that has stood for many centuries on the south side of the street. The name, London Stone, dates back to 1100 although the date of the actual stone and even its purpose are not known; there is unsubstantiated speculation that the stone was either an object of veneration or had some occult significance! It is thought to be either Clipsham limestone or Bath stone and was designated a Grade II* listed structure in 1972. 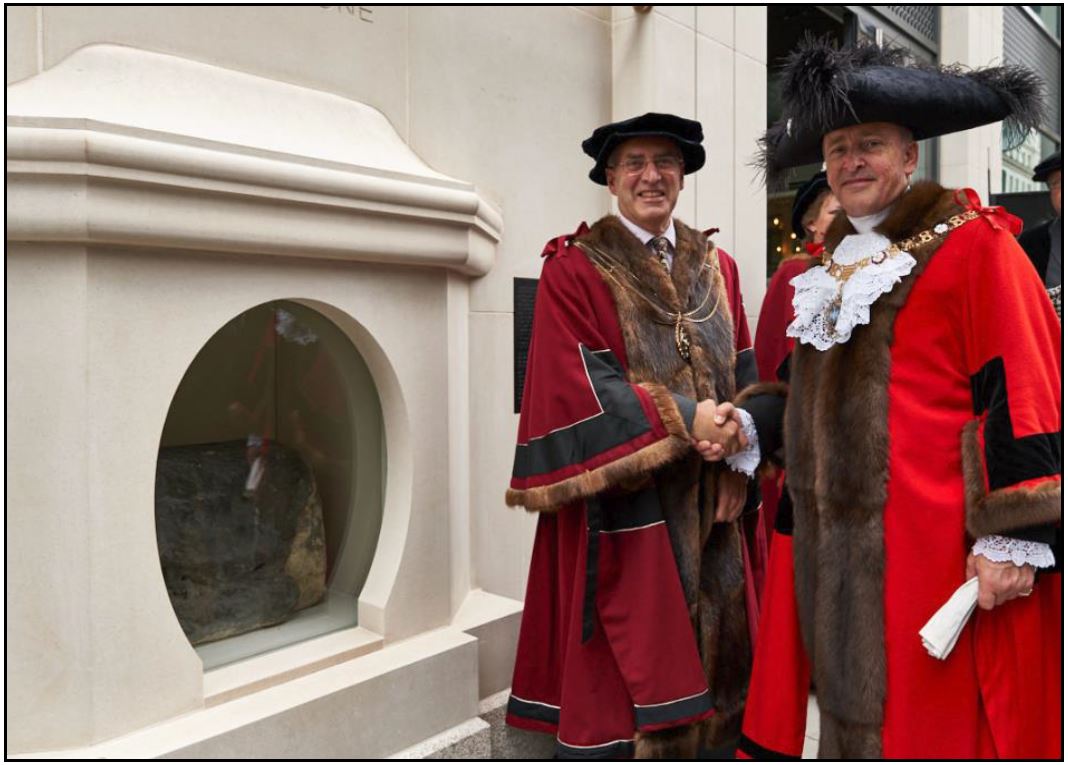