In addition to being named as the RIBA South Building of the Year, the stunning Clipsham limestone building is also now one step closer to the RIBA Stirling Prize. Szerelmey deliver a huge range of different types of buildings in all architectural styles, but this Nazrin Shah Theatre Building ranks amongst one of our (many) favourites. The design by Niall McLaughlin Architects, with whom we have worked on a number of award-winning buildings is a stunning evocation of time and place, simultaneously a timeless monument and modern statement. The Nazrin Shah Building, named after alumni and benefactor HRH Nazrin Shah, Sultan of Perak, provides a new auditorium, theatre building and much-needed administrative space for Worcester College. The sustainable design incorporates natural materials, British stone and timber, and compliments the heritage aspects of the site; it extends beyond the building itself to include gardens, courtyards and a water feature.

Szerelmey carried out the design, supply and installation of all of the stonework, internally and externally as well as the secondary supporting structures. The large building is clad in Clipsham stone consisting of ashlar blocks of 300 x 600 x 75mm and imposing stone fins. Very large blocks of Clipsham were used to form the quoin corners and fin details to the front façade, which faces onto the college cricket pitch. This was a complicated build, particularly due to the size of the ashlar blocks and significantly due to the design of the radiating fins. The building is designed along a footplate similar to a “Spanish fan” or wedge shape and incorporates a large number of fins that radiate both externally and internally, and therefore had to be perfectly aligned. Further complication was added through the design of the undulating GRC ceiling, to which the fins also had to align. At ground floor level there are 18 fins at 6m high and at roof level there are 28 radiating fins at 5m high, all handset on site, supported on steel work and restrained back at the top and bottom. 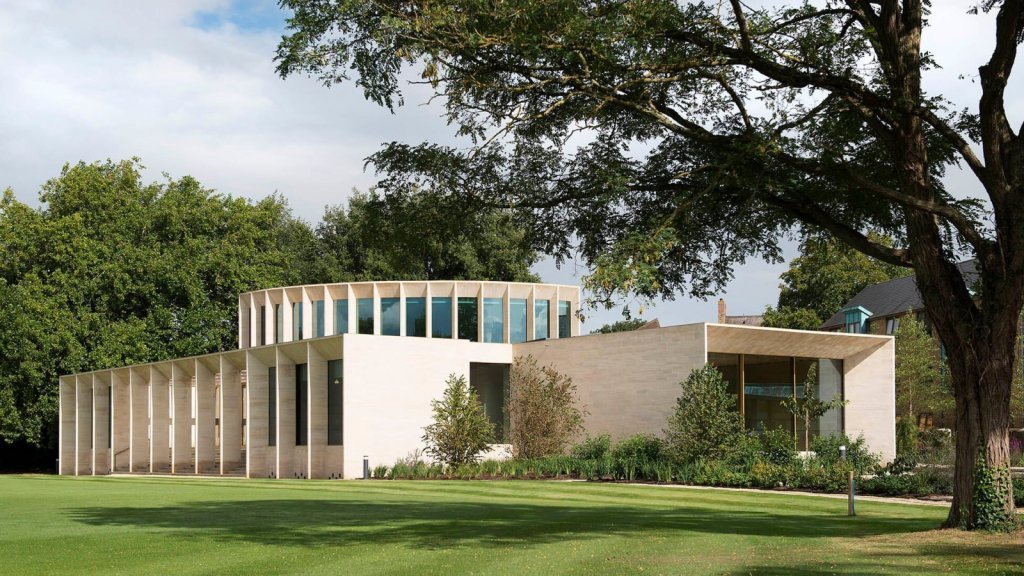 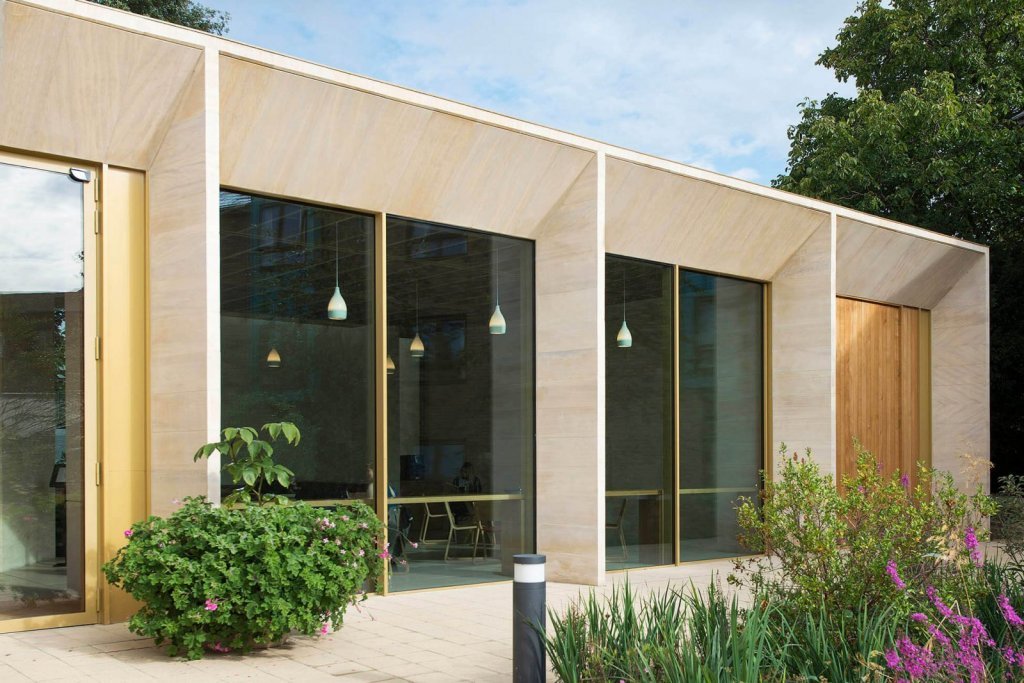 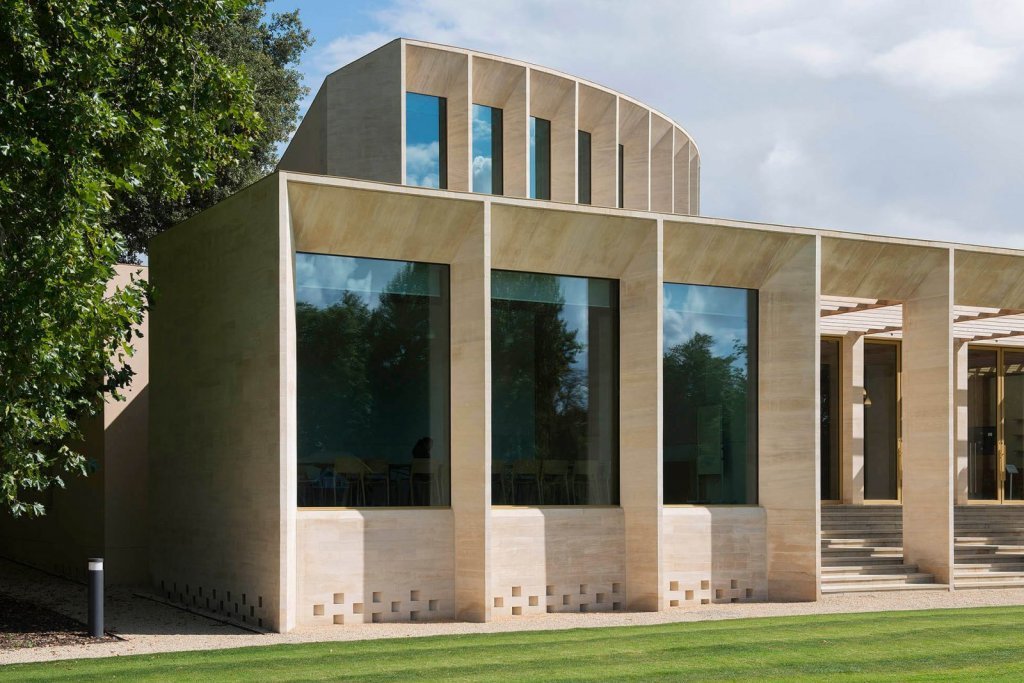 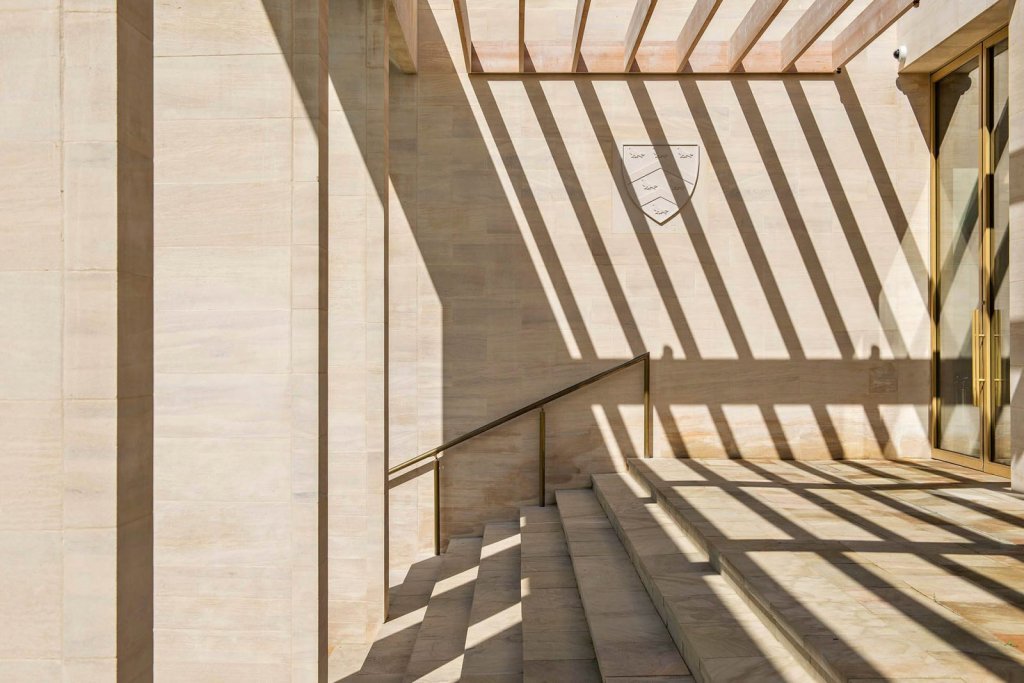 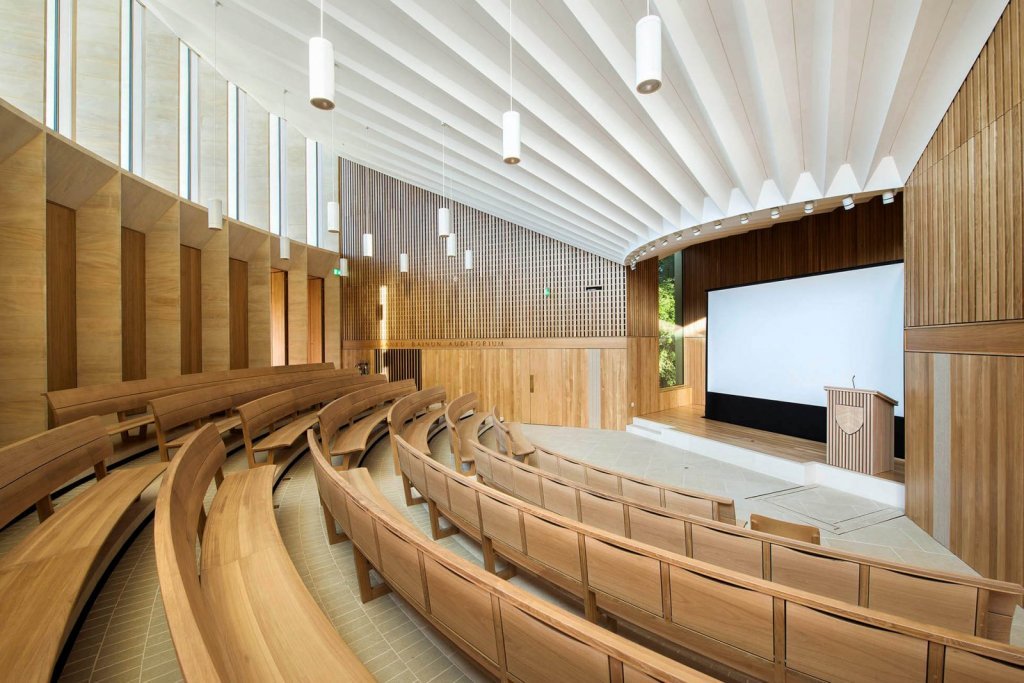 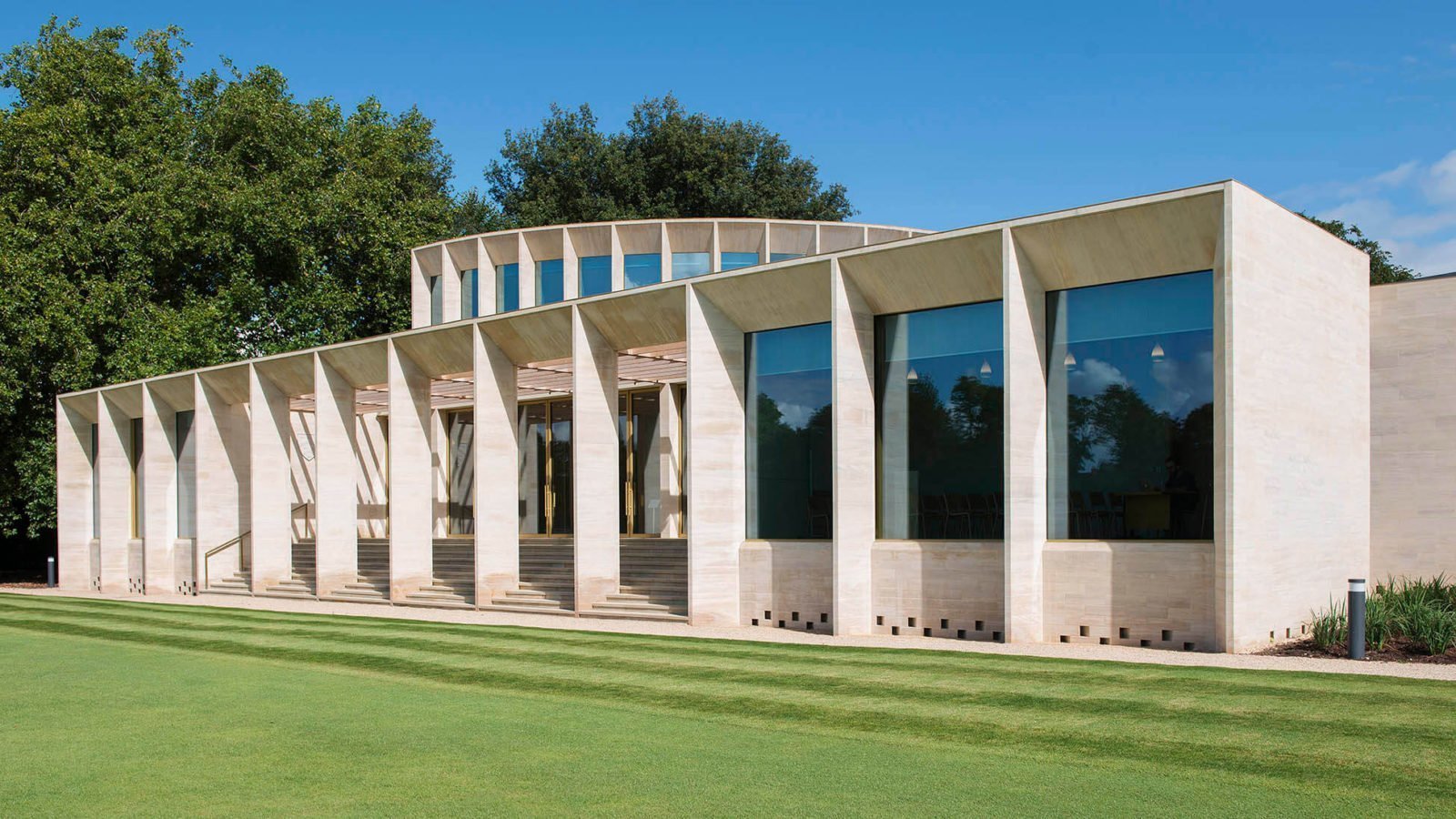