Last year, Mark Walden our Head of Design was sworn in to the livery of the Worshipful Company of Masons, making him an official Liveryman and granting his Freedom of the City. The Worshipful Company of Masons is one of the ancient Livery Companies in the City of London and is ranked 30th in order of precedence. The Company dates back to early medieval times and its members have been involved in some of the most iconic and historic buildings in the City of London and Westminster.

On Monday 26 February, Mark was awarded a Master Craftsman Certificate. The award was presented to him at Glaziers Hall by the Rt Hon the Lord Mayor, Alderman Charles Bowman. He has received the award in recognition of his design excellence and experience of stonemasonry having been assessed at the highest level of craft skill by a panel appointed by the Masons’ Company and Stone Federation GB and having met the professional standards of Licentiateship of the City and Guilds of London Institute. 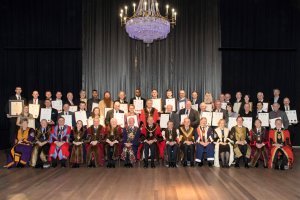 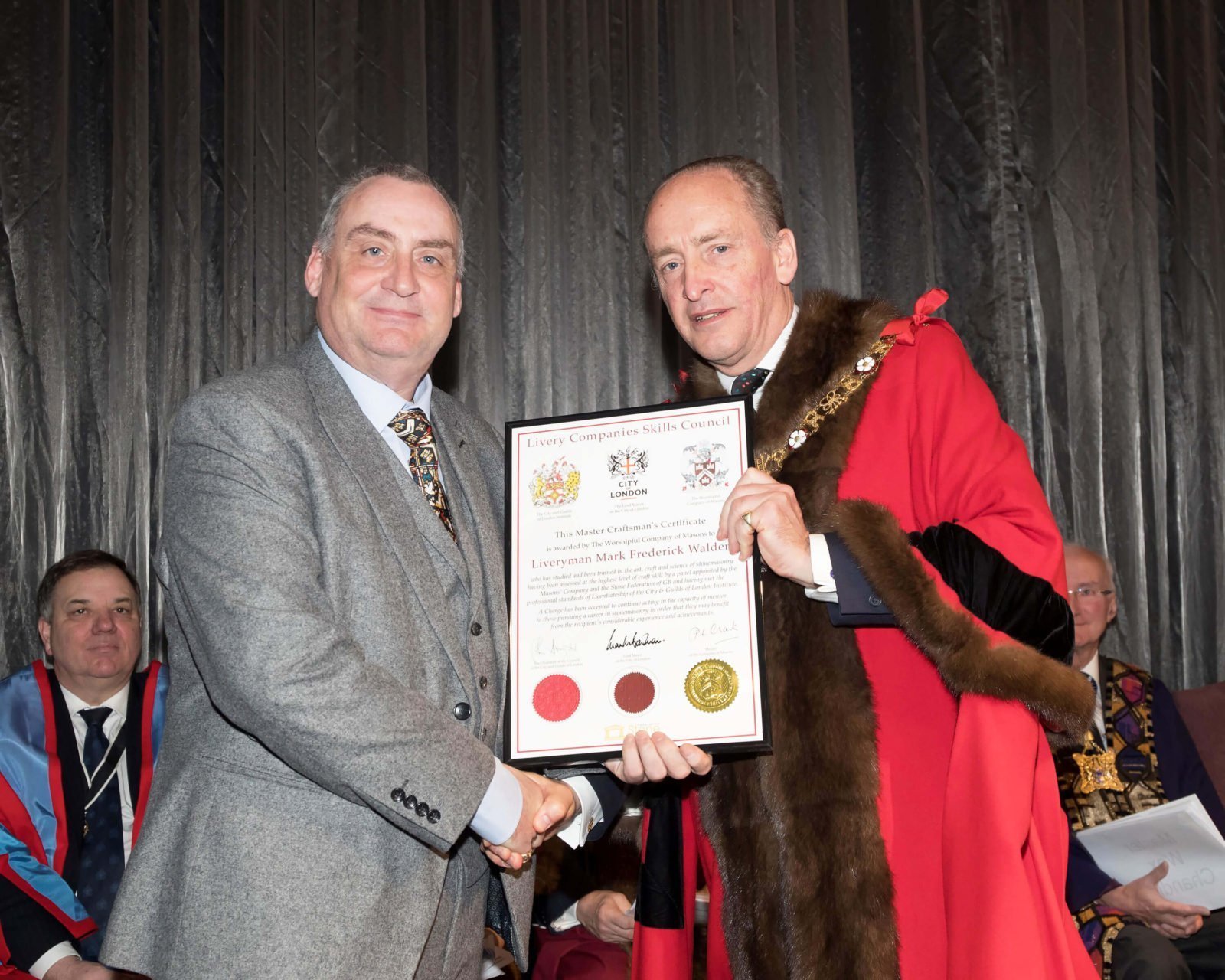