Our Very Own Liveryman!

Mark Walden our Head of Design has recently been sworn in to the livery of the Worshipful Company of Masons, making him an official Liveryman and granting his Freedom of the City. The Worshipful Company of Masons is one of the ancient Livery Companies in the City of London and is ranked 30th in order of precedence. The Company dates back to early medieval times and its members have been involved in some of the most iconic and historic buildings in the City of London and Westminster. Mark began his career as a stonemason and has a unique understanding of this material which is invaluable for his work in our Design Department.

His ceremony took place in the Court Room at Mercers Hall and was followed by a meeting of the Common Hall, which is held once a year. At this event the new master and his wardens are invested and there is the opportunity for them to meet with the fellow Liverymen. A short thanksgiving service followed at the chapel before everyone retired to the dining hall for a slap up lunch! 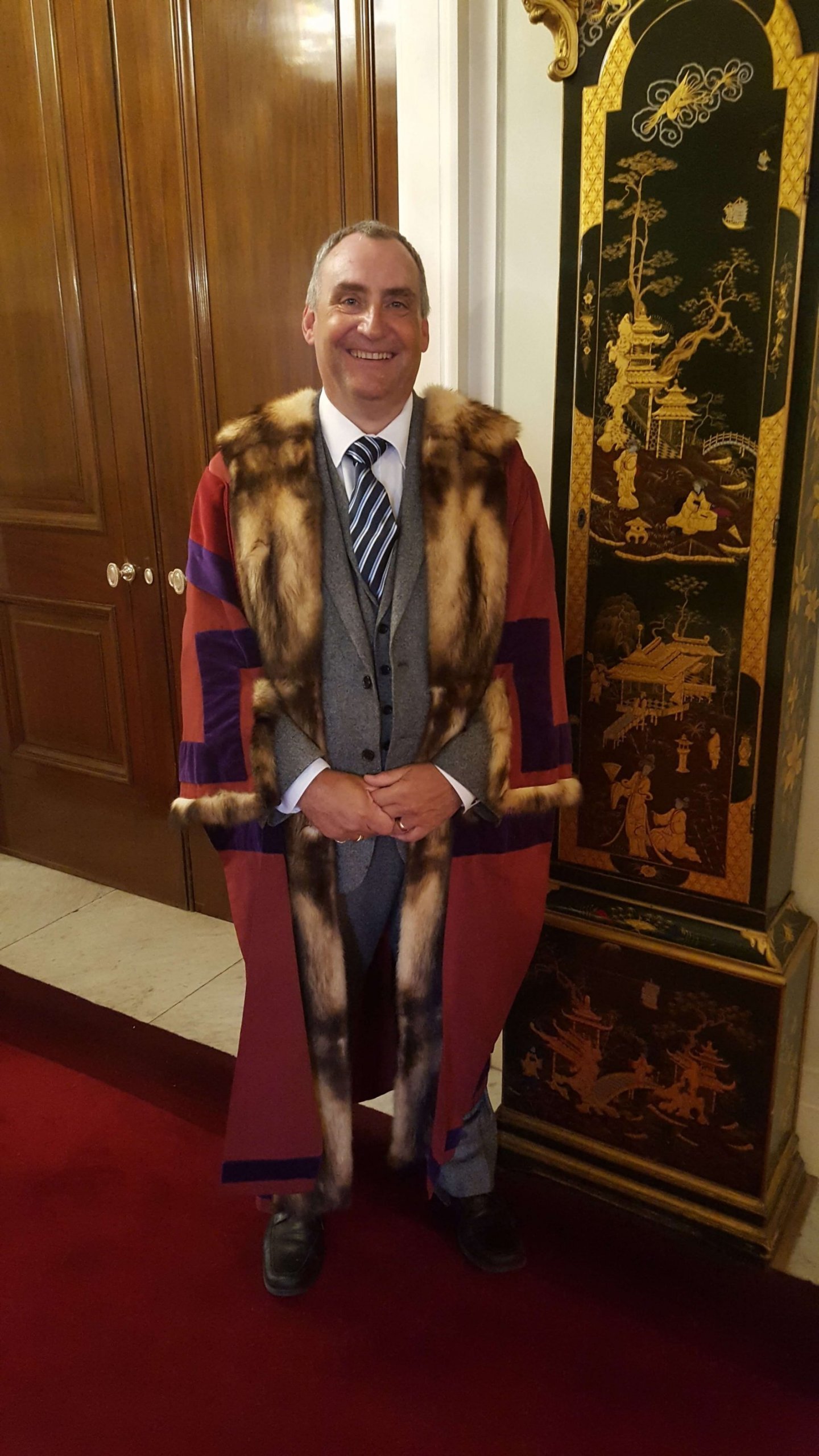